Welcome to our first newsletter in 2017. In this newsletter you will get a sense of the breadth of NAFA’s development projects in Nepal.

Many thanks to everyone who donated so generously to NAFA’s initial response to the terrible earthquakes in 2015 and to the commitments NAFA has made to help rebuild remote infrastructure. A special thanks to those who made donations to our very successful crowdfunding campaign. We now have $53,500 to rebuild a health centre servicing five rural villages.

NAFA’s supporters are passionate about development projects in Nepal. Our low overheads mean that 100% of funds donated go direct to Nepal. The communities in Nepal also contribute through their volunteer labour, skills and open and honest interactions with us as partners. All projects are assessed by senior NAFA executive officers who travel to Nepal at their own expense.

We would love you to continue to be part of our ongoing support network. There are a range of opportunities for involvement! Thank you again for your support. It is really appreciated. 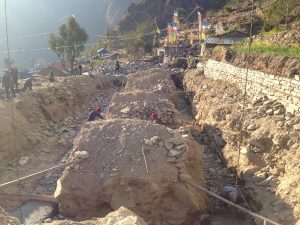 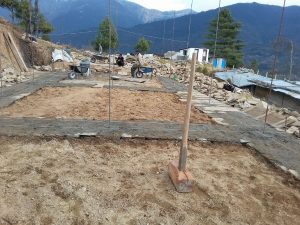 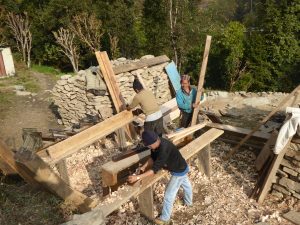 NAFA’s assistance is focussed on more remote areas in Nepal, where we’ve been working during the past 27 years, and where, unfortunately, communities were hardest hit by the April 2015 earthquakes.

NAFA is helping to rebuild or repair key community infrastructure, such as schools, in nine locations across five districts in Nepal: Solu Khumbu; Okhaldhunga; Dolakha; Sindupulchowk and Dhading.

It’s been really important to locals to design and rebuild in a way that minimises the risk to life of any future earthquakes.  NAFA has funded local builders to be trained in building techniques for earthquake zones, and is funding an engineer in each location to oversee rebuilding efforts.

Relevant Nepali government departments have been consulted and have given appropriate approvals for work to proceed.  Many volunteers are involved in the rebuilding, including women who are making aggregrate for the foundations.

The aim is to try to rebuild as many classrooms as possible before the next monsoon season, due to start around June 2017. 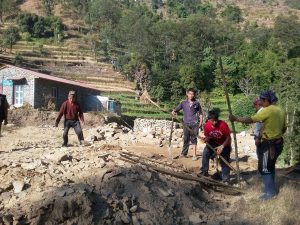 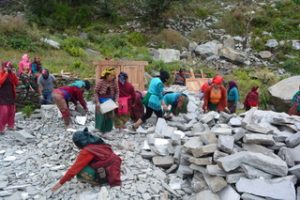 Working bee to dismantle the health clinic. Timbers and stones will be re-used.

Four years ago, about 230 families from four remote villages pooled their resources, bought some land and started a Co-operative. Their aim was to work together to move from subsistence farming to high value cash crops. 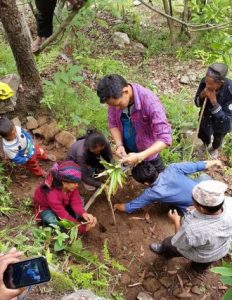 NAFA has helped the Co-op fix the three sheds and water infrastructure that were damaged in the earthquakes (including the chicken shed below which houses egg-laying chickens).

NAFA is partnering with the English Family Foundation to restore and expand the overall functioning of the Co-op.

Funding from EFF is providing training in how to grow cardamon (see photo at left) and coffee, as well as 20,000 cardamon plants, solar panels for the chicken sheds, one year’s salary for a caretaker, training for an agricultural/veterarian assistant and a coffee pulping machine.

The EFF grant is also supporting diversification of the Co-op’s work to include higher value goat rearing – a particular project focussed on providing opportunities for women who have missed out on educational opportunities. 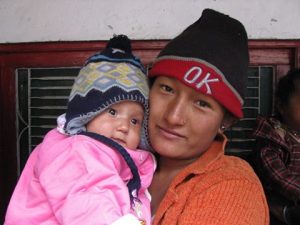 We managed to raise the $50,000 needed to rebuild a remote health clinic destroyed in the earthquakes. Thank you to everyone who donated or helped spread the word!

The next step is to purchase some suitable land from a farmer (the old clinic site is prone to land-slides).

Meet one of our sponsored students, Sunu 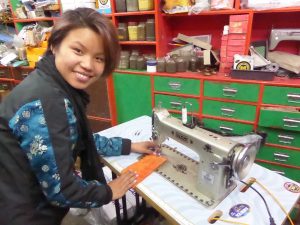 Sune is in her last year of fashion design studies 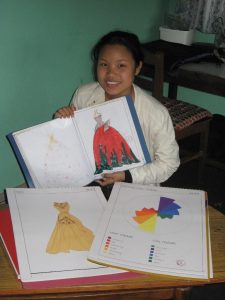 Sunu is one of about 80 Nepali students who are supported by NAFA to complete their education at school or through further education. Students come from situations where there are many challenges which might exclude them from fully participating in the education system.

Sunu has risen above these challenges and is now in her final year of a Fashion Degree at a Kathmandu College of Fashion Technology. She hopes to gain an internship in 2017 to launch her career.

It is Sunu’s personal qualities, hard work and appropriate support at crucial times of her development that have brought Sunu this far.

It is serendipitous that she has been financially supported by a university alumni who recognise the value of education and chose to support a little girl in far off developing country who had a dream!

End of an era with NAFA Knitters 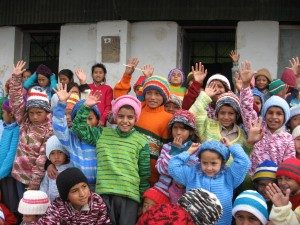 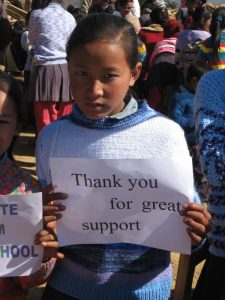 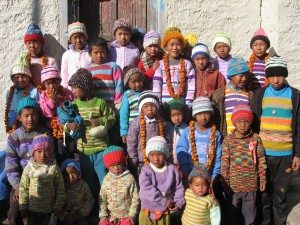 NAFA’s knitting program started in 1998, when Ross and Brenda identified a need: many children in poor farming communities had only one change of clothes.

Since then, with up to 150 Australian knitters purling away, NAFA has sent over 11,000 jumpers and 14,000 beanies to these families. That’s over 4,000 kg of much-needed warmth to hundreds of children!

Unfortunately, the logistics involved in managing such volumes have proved difficult, and we are instead focussing on the myriad of health, education, community development and remote village infrastructure projects in Nepal.

Would you like to become a member of NAFA? 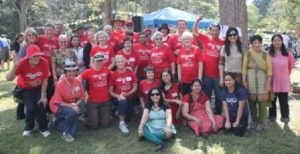 NAFA’s work relies on a broad membership base, to help us make a real difference to the lives of disadvantaged people in Nepal.

How involved you’d like to be is up to you: members are welcome at monthly meetings, where you can hear more detail about NAFA’s work and contribute your ideas and experience. NAFA’s team of volunteers (‘Red Shirts’) are very special, organising NAFA’s fundraising events.

Membership of NAFA is for a calendar year and costs $20, which helps cover the cost of insurance, bank fees and other small, unavoidable administration costs. This allows NAFA to keep its promise to donors that 100% of their tax-deductible donations and the net proceeds of funds raised at NAFA events go directly toward NAFA funded projects in Nepal.