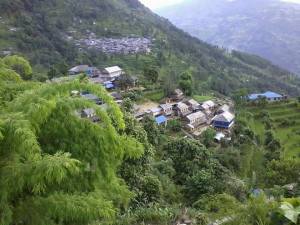 Before the disaster -Tawal in the distance -Dhuseni in foreground

On 25th April Saturday around 11: 43 am local time, a 7.8 magnitude earthquake ripped through Nepal, bringing death, destruction and misery in its wake.  To date, over 8,000 people have lost their lives, thousands more are injured and hundreds of thousands have lost their homes. The four hardest hit areas in terms of deaths (see official government portal http://drrportal.gov.np/) are: Sindulphulchowk, Kathmandu, Nuwakot, and Dhading districts. Adding to the misery and death toll, on 12th May, two more earthquakes hit Nepal around 68 km west of Namche Bazaar in the Everest area. NAFA members feel deep sorrow for all the Nepalese people who are suffering at this time.

It quickly became apparent that NAFA’s community based projects in Dhading, Sindhupalchowk, Solu Khumbu and Okhaldhunga districts have been damaged. This report focuses on the Dhading District.

Tawal and surrounding villages are located in the north Dhading District, just east of Gorkha, and were therefore close to the epicentre of the first earthquake. The people in the area are from the Tamang ethnic group whose livelihood is subsistence farming. The villages do not have road access, so goods must be carried in from the road-head three hours walk away. 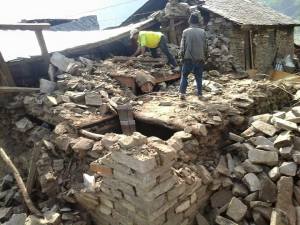 Sifting through the rubble

NAFA has been working with Tawal (the largest village in the area) and smaller nearby villages intensively for the last 6 years with the Hilly Region Development Club (HRDC), comprising local village leaders. NAFA’s work in this area is based on an integrated community development model. Fortunately NAFA has already been working in partnership with small overseas NGOs in this area: Smile Back to Me Spain (Spain), NepaleducAid (Austria), and Enfants d’Himalayas (France). 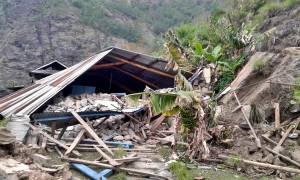 In Tawal, NAFA and support groups have come together in various combinations to fund an area school up to Grade 10, funded a health clinic servicing 5 villages in the area, supported teachers and health workers’ salaries, water infrastructure, a micro-hydro system providing electricity to two villages and improved cooking stoves aimed at reducing wood consumption and eliminating smoke in houses. NAFA has also funded the replacement of classrooms in four nearby villages. NAFA executive officers spend a week there in November each year entirely at their own expense, monitoring funded projects and assessing new proposals. In community development terms, these villages were just beginning to move towards the long term goal of economic sustainability, as evidenced by the village initiated establishment of an agricultural and community savings cooperative. The widespread destruction from the earthquake has set back this development progress. 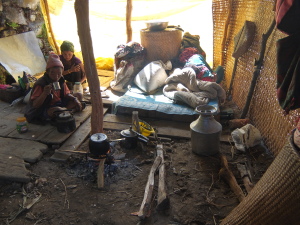 Chandra Tamang, from the village of Tawal is NAFA’s volunteer coordinator in Kathmandu for the HRDC. He owns a small trekking agency in Kathmandu. Chandra was able to liaise with the HRDC leaders after villagers found a solar mobile charger in the collapsed monastery. Chandra quickly swung into action to find out villager’s needs and construct a response based on their expressed needs (rather than on assumptions about what they need – an all too common occurrence in disaster situations): 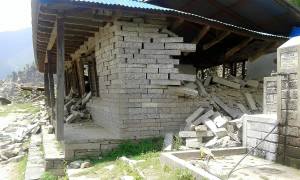 “We, the Hilly Region Development Committee (HRDC) team decided to send an Appeal to our supporter of the village and people we know, for immediate and long lasting benefit to those people needing help. We had telephone conversation with locally based committee, Dhading based volunteer, and Kathmandu based volunteer coordinator, to settle the locals from Ri Village Development Committee immediately before monsoon starts. Monsoon will arrive in full in about one month time” (Chandra Tamang)

Updated assessment of the situation: 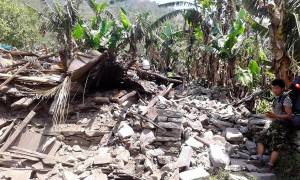 The people in these villages are resilient, hardy and proactive. They are suffering, but with help they have the capacity and determination to rebuild their much loved communities. NAFA can be justly proud of its response, and the amazing generosity of so many people who have given unstintingly to help over 6,000 people in 25 villages who have been traumatised by loss of life and property. Heart-felt thanks to all loyal supporters who have and continue to give so generously to people who have lost so much.