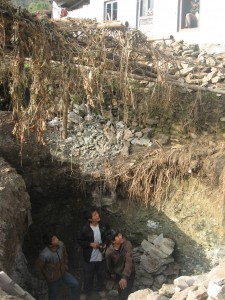 Objective: To install a bio gas system in 30 households in the village of Kophu. 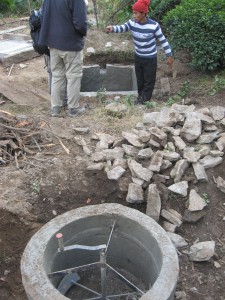 Effluent goes in the tank in the foreground and the submerged gas tank is in the background, Kophu Solu Khumbu

Details:  A bio gas system will convert effluent into methane gas which can be lit on a metal ring to cook food in the house.  This will save on firewood and eliminate smoke from the home. 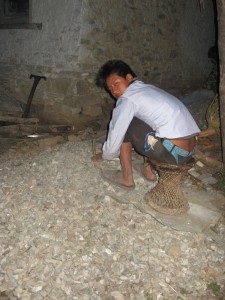 Each household broke all the rocks which were dug up into small stones for the cementing, Kophu Solu Khumbu

Outcome: The approved funding was split, funds were issued for the first 15 households, and once complete, the remainder would be released.  On inspection in December 2013 the community advised that only 2 systems were completed and working, another 8 were partially completed and the final 5 would be completed in first half of 2014. 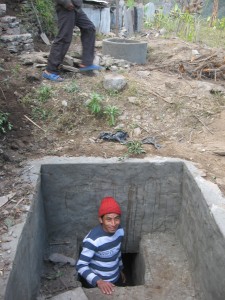 The building of each system is a laborious process, they first need to dig a large pit and and another smaller one nearby.  All the rocks dug up have to be broken into stone for the cementing.  Both these tanks need to be cemented and are connected with a hose.  A round chamber is then built to direct the effluent from the toilet and any additional animal waste into the first tank. 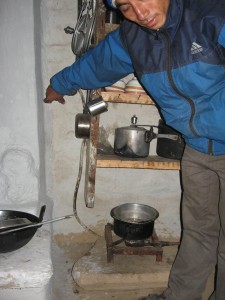 Methane gas from the first larger tank rises, passes through the hose and into the second holding tank.  This tank is connected to the kitchen by hose.  The householders who have a completed system advise that it produces enough gas to cook 1 and sometimes 2 meals a day and has reduced the amount of wood they use per month by 50%.